A Portrait of Keith Brown, Superintendent

Serving as Superintendent for the Taylor Independent School District beginning January 2017, Keith A. Brown is responsible for the daily operations of Taylor ISD’s campuses, students, employees and overall district success. Since joining the District, Brown has familiarized himself with the Campus and District initiatives. He has met with many of the TISD staff, visited every campus and department in TISD. He has met with community members, business leaders as well as local elected officials. During Brown’s tenure Taylor ISD has increased the General Fund Balance by $4,178,518. Teachers have received at least a 14.2% pay increase since 2017. All employees have received at least a 9.5% pay increase since 2017. As of 7/1/20 all Taylor ISD employment pay groups are competitive with schools in ESC 13.  All employees are eligible for district paid health insurance. Brown has also enhanced Curriculum Support for All campuses resulting in the Districts Academic ranking improving on the A-F rating system from a “C” to a “B” rating. Student enrollment in Career and Technology Education has increased from 805 students in 2017 to 1125 students in 2019. Taylor ISD is now partnering with Peterbuilt to start the first Peterbuilt / ISD partnership in the United Sates to provide a Diesel Mechanics program. Brown is focused on ensuring that Taylor ISD students are College, Career or Military Ready upon graduation. These are exciting times for Taylor ISD and the Taylor community.

Prior to coming to Taylor ISD, Brown served as Superintendent for Bay City ISD beginning in 2008.  Brown brought much success to BCISD during his tenure.  Bay City Schools earned many Academic Achievements and Texas Education Agency Distinctions under Brown’s leadership.   In 2013, Brown earned the highest honor and was named Superintendent of the Year for the State of Texas by Texas Association of School Boards.

In 2011, Brown led Bay City ISD in the successful district reorganization and reduction in force as a result of declining enrollment, existing Bay City High School facility issues, postponed economic development, and reduced funding by the legislature. The end result of the district reorganization allowed BCISD to maintain and expand academic and extracurricular programs, increase the district fund balance while updating and expanding technology, and implementing improvements in building and grounds maintenance district-wide. The employees of Bay City ISD received pay increases of more than 26% over the school years of 2009-2016. In November 2016, Brown led the District to a $124 Million successful Bond Election that will provide a new junior high school, two new elementary schools, remodel an elementary school, and build new football/soccer and baseball stadiums. The completed bond program will serve the district and the community well for the next forty years or more.

2015 Bay City Chamber of Commerce and Agriculture Board Chairman

2014 Bay City Chamber of Commerce and Agriculture Board Chair Elect

2013 Texas Association of School Boards Superintendent of the Year

2013 Bay City Chamber of Commerce and Agriculture Board Secretary

1998 Who’s Who among American Educators 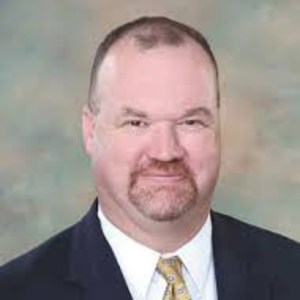