Mr. Rodney Fausett has served Taylor ISD as the Deputy Superintendent since June 2017. In his job role, he oversees Human Resources, Curriculum & Instruction, Technology and Support Operations of the school district. He is committed to support and maintain an environment of quality services with success for the campuses and departments of Taylor ISD.

With thirty-two years of educational experience, our Deputy Superintendent has served as a classroom teacher, coach, assistant principal, principal, curriculum director and superintendent in districts ranging from 2A to 4A in classification. He has also served as an adjunct faculty member at LeTourneau University. Mr. Fausett’s experiences have provided knowledge in academics, school finance, facilities, technology, athletics and school foundations.

Our Deputy Superintendent is committed to academic excellence and demonstrated strong leadership in all areas of administration. He has been the administrator of “Exemplary” and “Recognized” districts and campuses along with “Met Standard” with “Distinctions.” Under his direction, Mr. Fausett had one elementary campus named a prestigious US Department of Education’s “National Blue Ribbon School.” A school that is academically superior in their state with demonstrated dramatic and consistent gains in student achievement and considered a national model of excellence. Additionally, one elementary received the Title I Distinguished School. During his tenure as a principal, his campus served as a Mentor School in the region. His successes have garnered several recognitions such as the Texas Association of Secondary School Principals “Assistant Principal of the Year” and “Principal of the Year”. In 1997-98, he was McDonald’s/National Association of Secondary School Principals – Texas “Assistant Principal of the Year” Finalist.

Mr. Fausett’s career reflects leadership and participation in several community, state and university organizations and committees. He has served on Chamber of Commerce Boards along with the Presidency of one. Membership in the Lion’s and Rotary Clubs have been a part of his service for years along with leadership roles.

Taylor ISD’s Deputy Superintendent has presented in many venues across the state. He has presented on a wide array of topics at such conferences as TASA/TASB Fall Conferences, TASA Mid-Winter Conference, Association of Supervision & Curriculum Development and Texas Association of School Business Officials. Additionally, Mr. Fausett has been a guest presenter at the University level speaking to Principal and Superintendent Cohorts.

As a former collegiate athlete, Mr. Fausett supports students and their endeavors in extracurricular activities and after school programs. He has a proven record in student success in activities and supports the academics of the school. One after school tutorial program he developed was published in Texas Lone Star magazine for its success and is a model in some schools today. Under his leadership, he has enjoyed much success with students in UIL athletic, music & academic competitions along with FFA endeavors.

Fausett has been heavily involved with his Alma Mater. He has served Stephen F. Austin State University in various roles ranging from in the leadership with the Lettermen’s Association to the Mentor Ring. He is a Lifetime Member of the Alumni Association. In 2009, Mr. Fausett was inducted into the “Jacks of Honor” for his athletic and lifetime achievements. 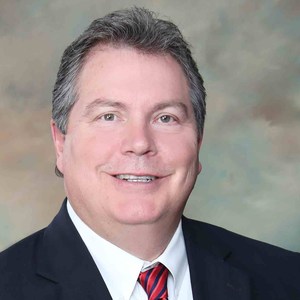